Stumpy the duck is now down to two legs - Update

First he had four, then three, and now he's down to two. And hopefully for Stumpy, that'll be where it stops.

The duck that captured hearts when he was born with four legs is now living life as a normal bird after losing both his extra limbs. 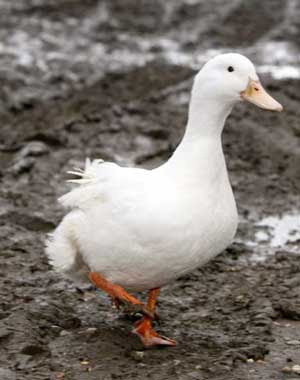 The first one disappeared last year after he caught it in a fence, and now the remaining one has dropped off.

The only clues left to his former condition are two small stumps where his spare legs used to be - meaning that 14-month-old Stumpy at last lives up to his name.
Posted by arbroath at 9:36 am
Email ThisBlogThis!Share to TwitterShare to Facebook