Judge rules it's not illegal to ask to tickle kids

A Madison County judge ruled on Wednesday that it was not illegal for a Glen Carbon lawyer to ask to tickle kids in the park.

The judge dismissed a misdemeanor disorderly conduct case against Charles R. Douglas, 58, who was accused of approaching parents at a Glen Carbon park and asking whether he could tickle their kids.

When he was charged in September, Douglas said that for years he has done a "tickle monster" routine with children, and that it's simply a "joking thing." He said he enjoys seeking children laugh and smile, and never touches a child without permission from a parent. 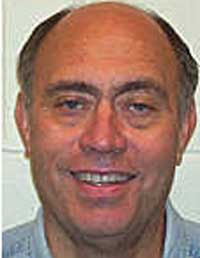 Douglas was charged with approaching children's parents in the park on four different dates in 2008 and telling them he likes to tickle children. In one case, he was accused of asking a woman if she would allow her child to 'tickle the fuzzy bunny.' "The suspect did not have a fuzzy bunny that was visible," the charge stated.

Douglas' lawyer, Ted Barylske, had argued that Douglas could only be prosecuted for disorderly conduct if his remarks fit the description of what the U.S. Supreme Court has termed "fighting words" - comments that "by their very utterance inflict injury or tend to incite an immediate breach of the peace."

Associate Judge Kyle Napp ruled that Douglas did ask to tickle children, and that his remarks were free speech protected by the First Amendment.
Posted by arbroath at 10:18 am
Email ThisBlogThis!Share to TwitterShare to Facebook