A student association in southern Sweden is on the lookout for a thief with a preference for extra large condoms after fifty commodious rubbers went missing.

The thief or thieves used a heavy implement to break into the offices of the Projekt Sex student association at Lund University. 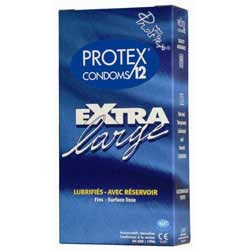 But according to staff at the office, all that was taken was a small sum of money and fifty extra large condoms. None of the smaller sizes were touched. "They went through all the boxes but only emptied the one containing Protex extra large," Projekt Sex spokesman Joakim Grina said.

Grina was also keen to point out that the association, which has the stated aim of helping to prevent the spread of sexually transmitted diseases, is only too happy to give away condoms for free during the daytime.
Posted by arbroath at 9:59 am
Email ThisBlogThis!Share to TwitterShare to Facebook