Hundreds of Argentines have been donating to a taxi driver who found a bag with $32,500 (£21,600) in cash in his taxi and returned it to its owners.

The donations started after a website was set up in his honour calling for gestures of gratitude for what is seen as an extraordinary act of honesty. So far the equivalent of $14,580 has been donated, according to the site.

Santiago Gori, a taxi driver in the coastal city of La Plata, found the money after driving an elderly couple. 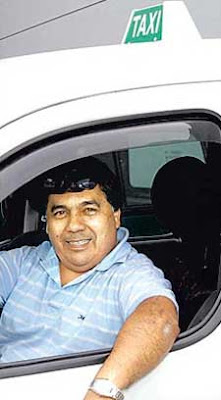 They only went a short distance but when he dropped them off, they left a bag in the back of his taxi.

A few days later he managed to locate his passengers again and he returned the bag.

For Argentines used to corruption at all levels of society, this was an extraordinary story.