Record numbers of Britons who are suffering from terminal illnesses are queueing up for assisted suicide at the controversial Swiss clinic Dignitas.

Almost 800 have taken the first step to taking their lives by becoming members of Dignitas, and 34 men and women, who feel their suffering has become unbearable, are ready to travel to Zurich and take a lethal drug overdose.

The tenfold increase in the number of Britons who have joined Dignitas since 2002 will raise questions about the law that bans assisted suicide in Britain. 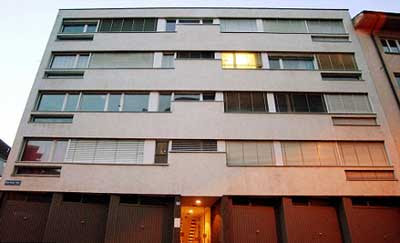 The disclosures will reopen the highly charged debate about euthanasia. This week, an influential group of peers, led by two former ministers in Tony Blair's cabinet, will seek to end what they see as the outdated and inhumane situation in which relatives or friends risk up to 14 years in prison if they travel with a loved one undertaking assisted dying overseas.

The 1961 Suicide Act criminalises anyone who aids, abets, counsels or procures someone else's suicide, and some relatives who have travelled have been questioned by police on their return. However, government law officers have already admitted that no one who goes abroad for that purpose is likely to face prosecution.
Posted by arbroath at 9:44 am
Email ThisBlogThis!Share to TwitterShare to Facebook