A man who was dressed in a vampire costume like the musical artist Meat Loaf is facing a criminal charge for allegedly grabbing the wheel of a taxi he was in.

Eric Brown, 37, of Middletown, was arrested early Sunday morning on the side of northbound I-75.

Police say Brown grabbed the wheel of the taxi while the car was in motion. They say he was drunk. He is facing one misdemeanor count of disorderly conduct while intoxicated. 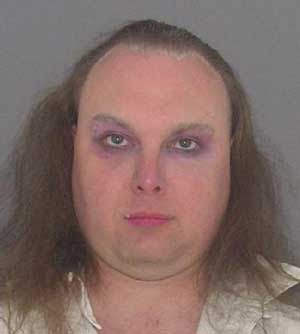 Brown was wearing a vampire costume to look like the singer Meat Loaf, according to police.

According to police records, Brown's alias at the time of his arrest was Meat Loaf.

Brown was arraigned on Monday afternoon and fined $50, in addtion to court fees.

With news video.
Posted by arbroath at 9:37 am
Email ThisBlogThis!Share to TwitterShare to Facebook