Woman strips off outside busy Australian cafe in fight over man

A woman has stripped off naked in front of dozens of people having breakfast at a popular Darwin restaurant. Witnesses said the woman took off all her clothes after she and another woman had a full-on fist fight over a man.

"That was just a shocker," eyewitness Fernando Dentes, 34, said. "People were trying to eat." Police said a 39-year-old woman had to be picked up from the median strip on Dick Ward Drive after she bared all in front of the Cool Spot Cafe in Fannie Bay. 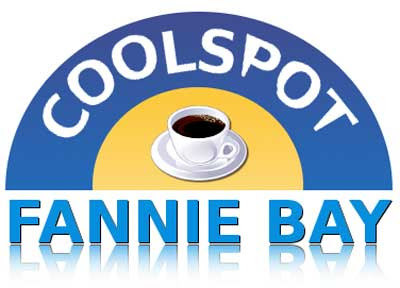 The patrons were reportedly unimpressed. Children were rushed inside the venue and police were called to escort the naked woman away. The woman was lying naked on the ground smoking a cigarette in full view of customers at the restaurant.

Three uniformed officers, in a paddy wagon and a sedan, arrived at the scene before giving the woman an on-the-spot fine and taking her to her home to Moulden, in Palmerston. It is unclear whether she was drunk.
Posted by arbroath at 8:08 am
Email ThisBlogThis!Share to TwitterShare to Facebook