The controversial Russian guerilla art group Voina (War) has been shortlisted for a state prize, the organizers of the Innovations award said on Friday. 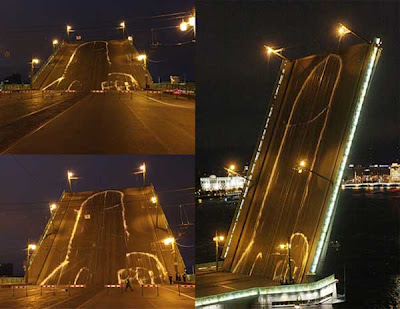 Voina was nominated for a piece of performance art that saw a 65 metre phallus painted on a bridge opposite the St. Petersburg headquarters of the Federal Security Services (FSB), the heir to the KGB. The penis was painted at night and flipped up in front of the building - and stunned officers - when the bridge was raised.

Two of the group's members are currently in custody awaiting trial for their part in another performance that saw police cars flipped over as a statement on police corruption. They face seven years behind bars if convicted. The winner of the prize will be awarded 250,000 rubles ($8,500). The Innovations award is organized by the Ministry of Culture and the Center for Modern Art.