A multi-millionaire told of his "moment of irrationality" when he used a shotgun to silence a neighbours' burglar alarm next door to his £10 million St John's Wood home. Peter Shalson, 54, said to be worth £175 million after selling his coathanger and packaging business, was speaking outside Southwark crown court where he was spared prison.

He said: "This is an incident I deeply regret and was the result of a single moment of irrationality. It happened during a period when I was under extreme business stress and pressure." Shalson was furious that the alarm was ringing incessantly while his neighbours Norman and Cindy Dawood were away. He said his wife Polly was unwell and had been kept awake for hours in January last year. 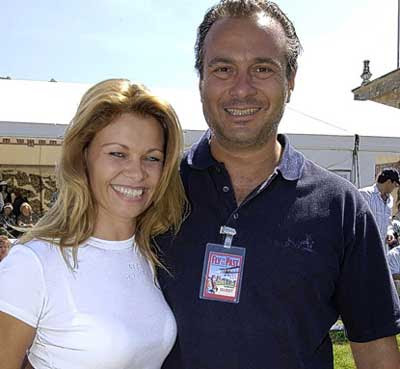 He took a shotgun from his collection and fired two shots at the alarm box on the wall. He then forced his way inside through their French doors and smashed the device. He sent his neighbours a text message stating: "All quiet now." When the damage was discovered he initially lied about using a shotgun but finally owned up. Shalson admitted having a shotgun with intent to commit criminal damage and damaging property. Judge John Price ruled that he did not deserve a prison sentence and ordered him to do 200 hours' community service and pay £520 in court costs.

The judge told him: "The unlawful use of a firearm in public and causing serious damage is a most serious offence. It was an attack on somebody's home and caused enormous distress." But after hearing of Shalson's charity work, including his support for the London Academy, the judge added: "You are an exceptional man." In 2003 Shalson spent £2 million hiring Sir Elton John to play at the reception of his £5 million wedding to third wife Polly.
Posted by arbroath at 5:00 am
Email ThisBlogThis!Share to TwitterShare to Facebook