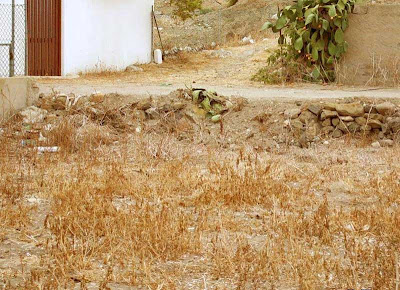 Woah, that's impressive. Took me ages to find him.

Its like one of those magic eye pictures, you atare at it for ages and then suddenly there it is

Okay, I give. Where's the cat..?? I've strained my eyeballs trying to find it.

OMG..!! Right after posting the above, I went back to the photo and the cat just jumped right out of the picture.

At first I thought it was a black cat crouching down in the grass on the upper right corner...but then I saw her, the tabby cat in the grass! I have one that looks just like her! This is a cool pic! Thanks for sharing! :-)

60 seconds of searching followed by the expected howl of laughter. That kitty has no idea of the chaos it is causing.

What a great shot! Took me forever and I had to large the photo but then I saw her. LOL at the two above comments

I don't see the cat! :( I see something like a small cat on the right side, I am guessing that is not it?

Anon @ 9:53... you might be seing it... it is a small cat and it is on the right... Enlarge the picture, then find the large green plant in the upper right. Go straight down from there to the rocks just below the road. The cat is sitting at the base of those rocks. It's a grey/beige tabby.

Took me ages, as well.

Once you see it then you winder why you ever missed it. And yet...

Wouldn't it be fun if there was a second cat in the picture?

We had a dalmation that would virtually disappear when it snowed. The black spots just seemed to work with the dirty bits on the ice.

....did it really take anyone more than a couple of seconds to find it? Maybe I'm just tuned-in to cat shapes because I've always had cats, but...I found it immediately.

Now I see it! The one I saw is not that one, it is further down, among the plants, slightly to the right of the real cat.

Actually, after staring at the picture for a while, I was saying cat shapes all over the place! :)

there are two cats in this picture, you may have found the this, but can you find the second?
(hints: its in the right hand side of the picture)