An Australian barmaid who assaulted a McDonalds drive-through attendant with a wet tampon in a "prank gone terribly wrong" has faced court. Rebecca Leigh Crimmins of Sunshine Coat pleaded guilty to common assault in the Noosa Magistrates Court on Tuesday morning after a drunken prank at the Noosaville McDonalds in September. The court heard Crimmins, 27, had been drinking before the early-morning incident, in which she dabbed a McDonald's worker's hand with a wet tampon, before throwing it at him. Police prosecutor Leanne Chawner said Crimmins was the passenger of a 4WD which went through the McDonald's drive through about 3am on September 25. "They parked in the waiting bay and the victim then gave the driver the order," she said. "The passenger removed a large fries and yelled 'Oi, what's this in my fries?"'

Sgt Chawner said Crimmins got out of the car and approached the 19-year-old McDonalds worker at the drive-through window. "The pair was involved in a discussion when the teenage victim felt something wet on his hand," she said. "The victim saw the wet tampon and ran to the sink to wash his hands when two witnesses claim they saw the offender throw it at his back, but it missed and splattered on the fridge. Witnesses heard the defendant laughing." Crimmins, originally from Rockhampton, later refused to take part in a police interview and was charged with common assault. Defence lawyer Bernard Bradley, from Bernard Bradley & Associates, told the court it was a "prank gone terribly wrong". 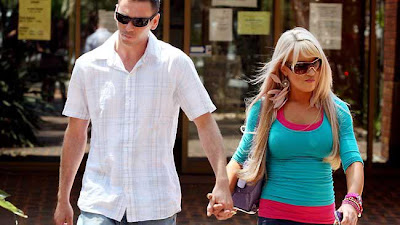 "She was intoxicated at the time when the prank was formulated. She doesn't have any recollection of touching the complainant's hand but accepts it happened. This projectile was wet because it was made wet by some lime cordial." Magistrate John Parker said he was "dubious" about the story and questioned where the cordial had come from. "It was inside a container in the car," Mr Bradley said. "I'm informed it was an ordinary mixture of water and cordial to a percentage mix that was usual." Sgt Chawner said she could not confirm the fluid was cordial but would accept the plea of guilty on that basis.

Magistrate Parker said it was a "disgusting and abhorrent" act. I accept this was a tampon filled with cordial but even on that basis ... it was intended for him to believe it was a used tampon which is more serious, in my view, than other assaults," he said. "If there was any evidence you had removed the tampon from your own body or used human tissue, you would be going to jail. It is still, nevertheless, a disgusting and abhorrent result and I hope you're thoroughly ashamed of yourself." Mr Bradley said his client had lost her job as a result of an earlier news report about the incident. The Tewantin woman was sentenced to 60 hours of unpaid community service and escaped a conviction.
Posted by arbroath at 6:07 am
Email ThisBlogThis!Share to TwitterShare to Facebook