Man charged with drunk driving was dressed for the occasion

Suffolk County Police arrested and charged a Coram man with DWI after he drove his car into a patrol car in Mount Sinai early on Thursday morning. 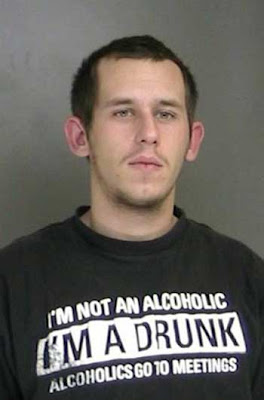 Daly was not injured and was issued with multiple traffic summonses along with the charge. He was held overnight at the Sixth Precinct and was arraigned at First District Court in Central Islip.
Posted by arbroath at 6:09 am
Email ThisBlogThis!Share to TwitterShare to Facebook