A three-year-old boy in Piedmont, Oklahoma, got into trouble with the law when he was given a ticket by police. Now the little boy's mother will have to pay thousands of dollars for what the toddler did in their own front yard. Dillan Warden is being potty trained, and he wasn't near the facilities, so he unzipped so he wouldn't wet his pull-up . But before he could pee, a Piedmont police officer stopped him. It's a bathroom break that cost $2,500. 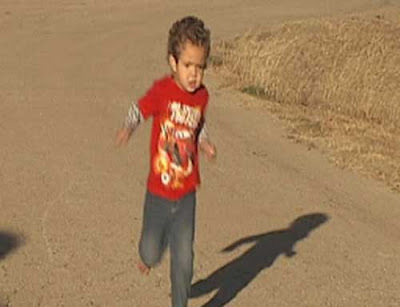 "Dillan pulled down his pants to pee outside, I guess and the cop pulled up and asked for my licence and told me he was going to give me a ticket for public urination," said the boy's mother, Ashley Warden. "I said really, he is three-years-old, and he said it doesn't matter. It is public urination. I said we are on our property and he said it's in public view," said the boy's grandmother, Jennifer Warden.

But they point out the street is actually quite rural, yet the Wardens who live on two-and-a-half acres say this one officer parks at the end of their street daily. So they asked why. "It's a public street and he wants to, so he can," Jennifer Warden said. So the Wardens filed a complaint with the department. 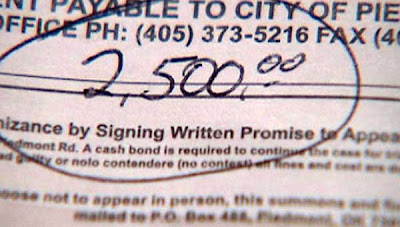 "I am disappointed that the officer thinks this is what he needs to do with my tax dollars is sitting and harassing our family," Jennifer Warden said.  Warden said as a courtesy, the officer wrote down the cost of ticket. Warden plans on fighting the ticket since she says her son didn't actually finish the act. The police department didn't accept the Warden's complaint. They have a court appearance set for next month.

What a crock, but the law is the law...even on your OWN property.
Wouldn't a warning have been enough?