Jimmy Savile spent "every waking minute" of his life thinking about abusing children, attacked patients in hospices and even used the final edition of the BBC's Top of the Pops to commit sex offences, police disclosed yesterday.

Commander Peter Spindler, head of the inquiry, said Savile had "groomed a nation" and preyed on 450 victims, aged between eight and 47, over a 54-year period. Almost a fifth of his victims were boys. 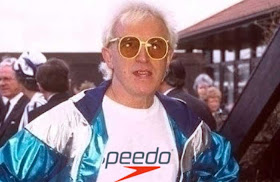 A Metropolitan Police report giving the findings of Operation Yewtree, the investigation into Savile's offending launched after an ITV documentary exposed his paedophilia last year, says that 450 people have now made complaints to the police, and to date 214 offences have been identified across 28 police force areas. They include 126 indecent acts and 34 rapes.

Savile was "hiding in plain sight" during his offending, which began in 1955, says the 37-page Giving Victims a Voice report. (PDF doc). Savile, who died in October 2011 aged 84, almost certainly abused more than 450 people, as "others will also have experienced abuse but have chosen not to speak out", the report says.
arbroath at 6:01 am
Share