A pensioner has been jailed for a cunning fraud in which he sold a house he did not own. Brian Kiddell, aged 75, used a string of false identities and posed as the owner of the home in Newton Abbot which he sold for £90,000. The true owner had no idea what was going on until he happened to drive past his own property and noticed an estate agent’s For Sale board outside. By the time he raised the alarm Kiddell had already completed the sale and made off with the money, Exeter Crown Court was told.

The professional swindler embarked on a complex series of frauds which included using addresses in Shaldon and Exeter to create false identities. He was caught red-handed inside the Barclay’s Bank in Launceston, Cornwall, after he hi-jacked the account of local man and was in the process of applying for a £25,000 loan when staff became suspicious. Kiddell, who has been jailed twice before for sophisticated swindles, also committed frauds in Budleigh Salterton, Exeter, and two towns in Essex. 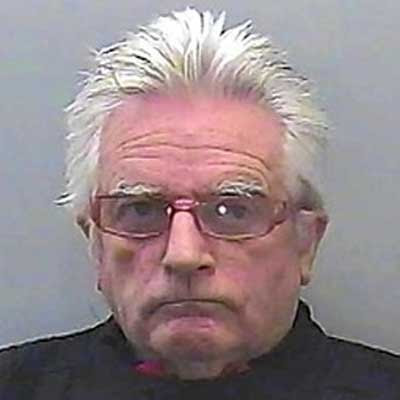 The former Squash Club owner, of Topsham Road, Exeter, admitted nine charges of fraud, theft, and the dishonest use of a dead man’s passport. He was jailed for a total of six years by Judge Francis Gilbert, QC, who told him: “You are no stranger to fraud. You are a persistent fraudster who thrives on dishonesty as a method of behaviour.” Mr Gareth Evans, prosecuting, said Kiddell was involved with six different swindles, all involving the use of false names. The largest was the house fraud in which he rented a home in Prince Rupert Way, Heathfield, Newton Abbot in the name of Paul Stevenson, who had died in 2004 but whose passport he had obtained.

He posed as owner David Ayton, put the house up for sale on the internet, and sold it for £90,000, netting £83,647.40 after paying fees. The real owner had no idea what was going on until it was too late. By then it was owned by a property company in London and was already back on the market. Mr Evans said: “Kiddell had been renting the house for four months when the owner happened, purely by chance, to be driving past and noticed there was a For Sale sign outside the address. He contacted his own letting agent and the estate agent and found that it was being sold on behalf of a company called Momentum Asset Management.”
Posted by arbroath at 6:00 am
Email ThisBlogThis!Share to TwitterShare to Facebook