South African comedian and ventriloquist Conrad Koch has confirmed he will oppose Afrikaans singer Steve Hofmeyr's interim protection order against him and his puppet. “My lawyers are busy with that,” Koch, popularly known through his puppet “Chester Missing”, said. 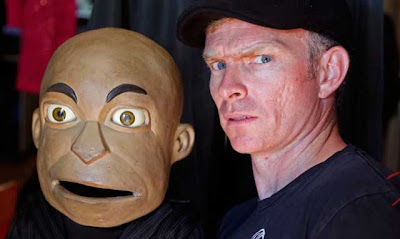 Hofmeyr last week secured a court order in the Randburg Magistrate's Court against Koch to prevent his puppet from harassing the singer on Twitter. The order prevents Koch from threatening, harassing, or making defamatory statements against Hofmeyr. He is also not allowed to tag him on social media websites like Twitter or mention him in television and radio interviews.

“My first court order against Conrad Koch (Chester Missing) succeeded and there are still four coming!” Hofmeyr said. Hofmeyr said that until Koch explained the “hate speech” in the Randburg Magistrate's Court on November 27, the ventriloquist was not allowed to contact him, his sponsors or his business partners directly or indirectly. 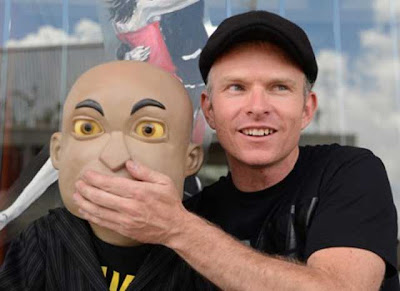 “He can prepare himself for the same legal action from my partners and other sponsors. Playing God is for gods, not for ventriloquists, old frog,” Hofmeyr said. Koch said it was “fundamentally” wrong to take legal action against a satirist. “It's absolutely crazy. Steve spits racist bile. If he gets challenged, he acts supercilious,” Koch said. “All I did was tweet. The price of his racism is coming back to him now.”
Posted by arbroath at 6:03 am
Email ThisBlogThis!Share to TwitterShare to Facebook