Not-so jobsworth staff on the Greater Manchester Police Twitter account responded after receiving a complaint via the social media channel.

A disgruntled member of the public complained about an encounter with one of the force’s police horses, which left him with something unpleasant on his shoe.

Twitter user @edgardavidgeps tweeted: “One of your police horses just did a big shite going past me on Withington Road. Some’s gone on me trainer. Livid.” 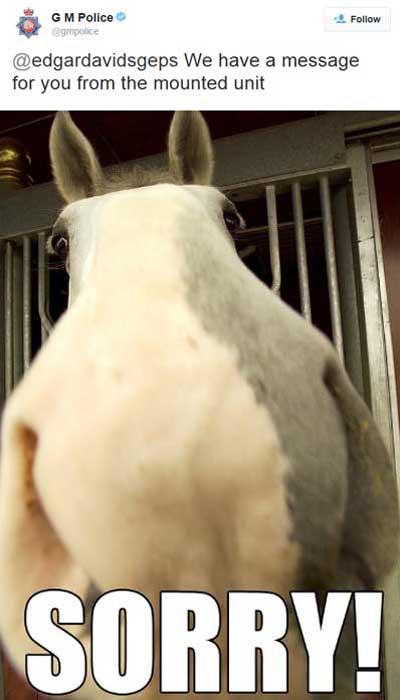 Officers were happy to have some horseplay with their response to the complaint about the incident which occurred some time on Tuesday morning.
Posted by arbroath at 6:00 am
Email ThisBlogThis!Share to TwitterShare to Facebook