Swan rescued by firefighters after becoming trapped in telephone cables

Firefighters have rescued a swan which became tangled in telephone cables up a pole in Edinburgh. The bird got stuck up the telegraph pole at about 10:00pm on Monday. A fire crew went to the scene after a warden from the Scottish SPCA called to ask for help in rescuing it. 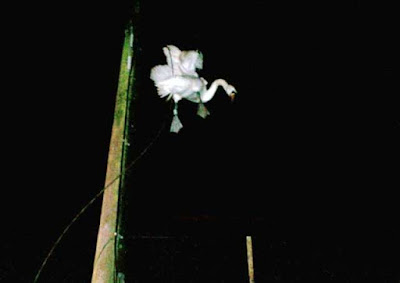 The firefighters used a short extension ladder and bird netting to bring the injured swan, which has a suspected broken wing, down to safety. The bird is now being cared for by the Scottish SPCA. The rescue operation, involving five firefighters, took about 35 minutes. 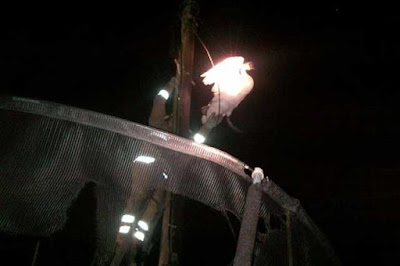 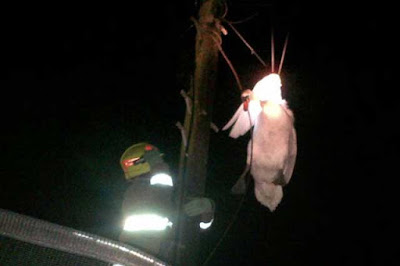 Steph Grant, Scottish SPCA animal rescue officer, said: "The swan had become caught in telephone wires above an Edinburgh garden. "It was around 15ft up and in a great deal of distress as one of the wires had wrapped around its wing. 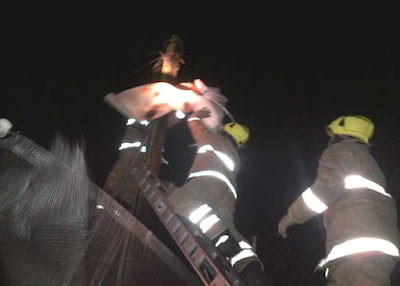 "As it was wet last night the swan may have been confused and thought it was near a pond. I called the fire and rescue service for assistance and would like to thank them for all their help. They were fantastic throughout the rescue and were able to reach the swan using a ladder and bring it down to safety."
Posted by arbroath at 6:01 am
Email ThisBlogThis!Share to TwitterShare to Facebook