A rail company has apologised after a train crew boarded a wrong train and took passengers back in the direction they had come from. 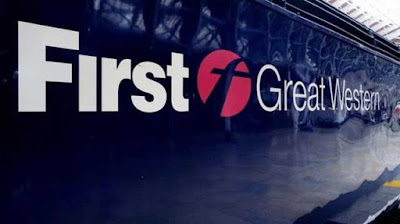 The First Great Western (FGW) driver and train manager boarded the Paddington to Swansea train at Banbury, instead of the London-bound service. FGW confirmed they soon realised their mistake and returned to Banbury as it was "the simplest thing to do".

The mix-up, on Monday evening, caused knock-on delays to other services. BBC producer Callum May who was travelling to Bristol at the time, tweeted there was an announcement explaining what had happened and the train eventually arrived in Bristol about 30 minutes late.

A spokesman for First Great Western said: "We are really sorry. Unfortunately the train crew boarded the wrong train. Realising the mistake the simplest thing to do to prevent further delays was to return them to Banbury to take the correct train forward. We would ask anyone caught up in this delay to get in touch."
Posted by arbroath at 6:02 am
Email ThisBlogThis!Share to TwitterShare to Facebook