Police in Washougal, Washington, have arrested a woman they say hit a 5-year-old then tried to flee the scene. Police said they found 36-year-old Marsha Santoro hiding in a shallow hole where she had tried to cover herself with dirt.

At around 6pm on Friday, police said Santoro was driving when a child riding a Big Wheel rolled out of a driveway and Santoro hit the child. 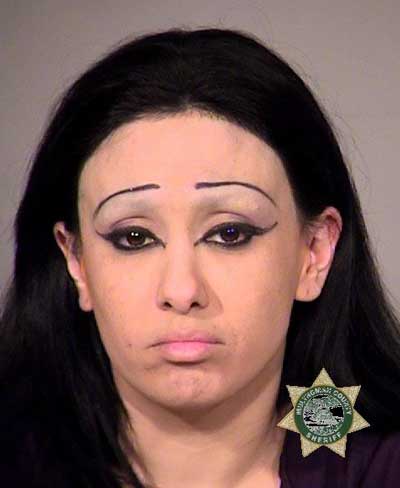 Santoro was booked into Clark County Jail and faces charges for felony hit-and-run, third-degree driving with a suspended licence and an unrelated misdemeanor warrant. Police said they don't think alcohol or drugs played a part in the hit-and-run. Santoro's arraignment is set for Monday at 9am.
Posted by arbroath at 6:06 am
Email ThisBlogThis!Share to TwitterShare to Facebook