Halifax Regional Police in Nova Scotia, Canada, are looking for a suspect involved in an indecent act after a man was reported to have masturbated in public at 3:40am last Friday in Halifax.

Police say a man attempted to climb to a second floor balcony of a building. He wasn’t successful, so went to the back of the building, where he pulled his pants down and masturbated next to the back door. 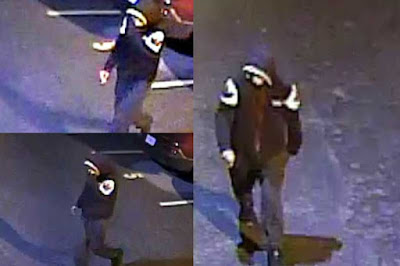 He later fled the area on foot. The incident was later reported to police after it was observed on a surveillance video camera. The suspect is described as being a thin, white man in his twenties.

At the time of the incident, he was wearing grey gym pants, a black hoodie with a light-coloured design on the shoulders and black high-top sneakers with a white tag. Police ask anyone with information about the incident to contact them.
Posted by arbroath at 6:04 am
Email ThisBlogThis!Share to TwitterShare to Facebook

A thin white man in his twenties.
Gee, there's a lot of them.
And masturbates.
Oh well, that narrows it down considerably.