A Florida man is accused of trying to kill his mother after police said he fired a shotgun in her direction outside their apartment in South Daytona early on Tuesday morning. Stewart Butler, 27, was arrested and charged with attempted first-degree murder and discharging a firearm in public. Police said Butler and his mother had been arguing about chores inside their apartment just before 2am. He allegedly became so angry at his mother that he threw her cat against a wall twice and threatened to cut the cat in half and make his mother eat it, police said. 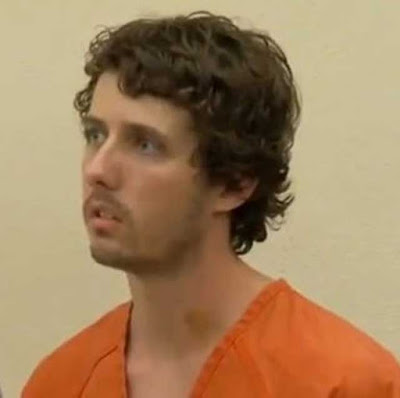 Investigators said Butler’s mother became frightened and ran outside, where Butler followed her with a shotgun and fired in her direction. A round hit the ground just a few feet from where the victim was standing, police said. Butler's mother said she stands by her son and said she hired an attorney and will defend her son to the fullest extent. She said he's going through a very difficult time in his life because of a divorce right now. She also said he has never been violent with her before, and he just snapped. Police dispute that, saying Butler has previously been a party to domestic disturbances involving his mother.

They said her own call to 911 suggested her terror. "I'm not leaving the room until a police officer comes in the house. I'm afraid. He has fired a shotgun at me and thrown my cat against the wall," Butler's mother said in the 911 call. Police said Butler woke his mother up to complain about chores she wanted him to do. Butler allegedly grabbed a shotgun and chased her out of the apartment to the patio. "He then confronted her and fired the shotgun at her and it struck a few feet from where she was standing," said South Daytona Police Lt. Mark Cheatham. 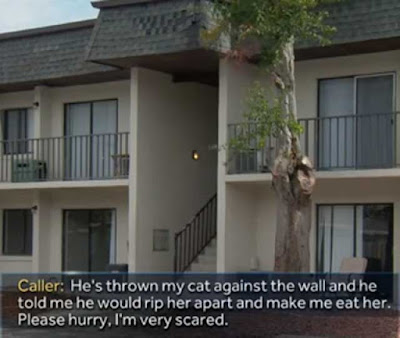 Police said they found a small crater in the ground where the shotgun pellets exploded, and the shotgun itself was hidden beneath a car parked next to the suspect's car. Before the shooting, the victim told officers Butler went after her kitten. "He's thrown my cat against the wall, and he told me he would rip her apart and make me eat her. Please hurry, I'm very scared," she said. As the judge read the charges in court 0n Tuesday, Butler seemed dismayed and was stunned there was no bond. He's also been ordered to have no contact at all with the victim. The suspect could also still face animal cruelty charges for allegedly abusing the cat. Butler's mother told police she's going to take the cat to a veterinarian first.

No wonder he's so screwed up. His mother is a total enabler. Both are losers. I can understand the divorce.

I hope somebody else gets custody of the cat.