Russian teenager has surgery to look like Paris Hilton

A Russian teenager has had plastic surgery to look just like Paris Hilton.

Anna Ivanov - already nicknamed "Paris" by her university classmates - decided she wanted to look even more like the American socialite, 27.

So 19-year-old Anna from Moscow went to the city's top surgeon and showed him pictures of the star. 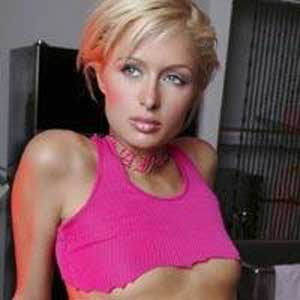 She told surgeon Zurab Meladze: "They already call me Paris Hilton. So now I want to be her. Everything. Lips, breasts and all the rest."

The doctors plumped up Anna's lips, made her breasts bigger and waist smaller in a two-hour op. The bandages come off in two months and Anna hopes to look "one hundred per cent" like Paris.

Psychologist Mikhail Vinogradov said: "A wish to look like somebody else and make it happen can be seen as a mental disorder."
Posted by arbroath at 9:32 am
Email ThisBlogThis!Share to TwitterShare to Facebook