A teenager's jaw was broken when a fish flew from the lake where he was riding in an inner tube and smacked him in the face.

Seth Russell, 15, was cruising Lake Chicot in Arkansas on a large inner tube towed by a boat when a Silver Asian carp leaped from the water and hit him in the face. Seth was knocked unconscious. 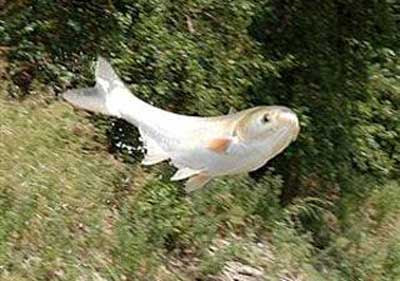 "He doesn't remember anything at all," the boy's mother, Linda Russell, said last week. "He was laughing, and the next thing he remembers, he is waking in a hospital."

The teen has had oral surgery to wire several teeth together and still experiences back pain that doctors attribute to whiplash from the high-speed collision, his mother said.
Posted by arbroath at 9:54 am
Email ThisBlogThis!Share to TwitterShare to Facebook