A sex-change woman who threatened to kill a taxi driver with a hunting knife days after torching her flat dressed like Rambo has been jailed.

Joanne Spencer, who had to be taken down with a Taser gun by police, was locked up yesterday after admitting arson, making threats to kill and possessing an offensive weapon. Recorder of Leeds Peter Collier QC jailed Spencer indefinitely for public protection, and said it would be a minimum of three years before she would be considered for parole.

The gender reassignment patient set fire to her Wakefield council flat on June 13 this year after an argument with an elderly neighbour. 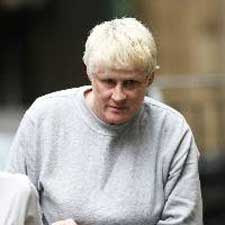 When police arrived, Spencer answered the door wearing combat gear and a gas mask and told police she would not come out and was wearing the mask so she would be killed by the flames rather than fumes. Firefighters dragged her from the house and she was detained undeer the Mental Health Act.

But on July 4, she went back to the flat on Thornbury Road, Thornes, to collect some of her possessions. When she was disturbed, she fled to a nearby taxi. When the driver refused to take her she brandished a hunting knife, racially abused him and threatened to kill the terrified driver, swinging the blade at head height. Police were called and had to use a stun gun to bring Spencer in.

Sentencing her, Mr Collier acknowledged that she had had a "tragic" life.
Posted by arbroath at 9:13 am
Email ThisBlogThis!Share to TwitterShare to Facebook