Motorcyclists in Nigeria have been wearing dried pumpkin shells on their heads to dodge new laws forcing them to wear helmets, authorities have said.

Officials in the northern city of Kano said they had stopped several people with "improvised helmets", following this month's introduction of the law. Road safety officials said calabash-wearers would be prosecuted.

Thousands of motorbikes have been impounded around the country and drivers have staged protests. 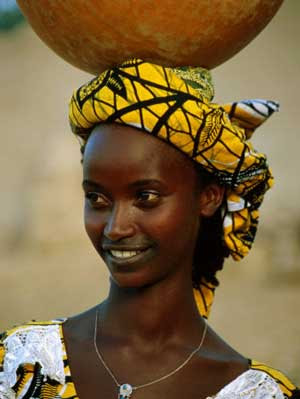 "We are impounding their bikes and want to take them to court so they can explain why they think wearing a calabash is good enough for their safety," he said.
Posted by arbroath at 9:54 am
Email ThisBlogThis!Share to TwitterShare to Facebook