A mother has lost four stones, (56 pounds), in weight after being hypnotised into thinking she has a gastric band fitted.

Marion Corns, 35, paid £780 for five sessions with a specialist hypnotherapist after her weight ballooned to 15st 6lbs.

The treatment involved her being 'put under' and talked through every step of the medical procedure as if she were in a real operating theatre. 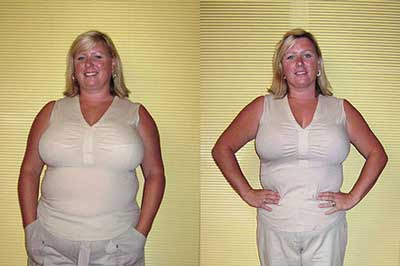 At the end she was told her stomach had been shrunk to the size of a golf ball — and her brain has accepted the illusion.

In the four months following the treatment Marion saw her weight drop to just over 11 and a half stone and her dress size from a 22 to 14.

The mum-of-three says she now feels full if she tries to eat anything other than a small portion of food.

Full story here.
Posted by arbroath at 9:27 am
Email ThisBlogThis!Share to TwitterShare to Facebook