The Wisconsin Tourism Federation has changed its name, after being made aware that its acronym WTF had become crude internet slang.

The body charged with attracting more visitors to the midwestern state will now be known as the Tourism Federation of Wisconsin (TFW), in an attempt to put a stop to the jokes. 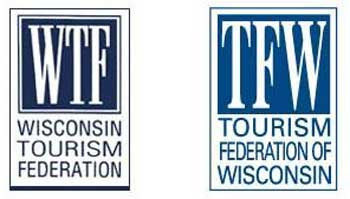 The federation, a coalition of local trade bodies, has now amended its website to reflect the more anodyne name, which has been changed for the first time since it was founded in 1979.

The website also features the group's new TFW logo, complete with squashed text to find room for the extra word "of".
Posted by arbroath at 9:04 am
Email ThisBlogThis!Share to TwitterShare to Facebook