A Southampton woman has denied leading children into rooms in her home to take part in sex games. Clair Winkworth is accused of asking boys to commit sex acts with her. She is also accused of having sex with a pre-teen boy.

The 24-year-old played games of ‘Truth or Dare’ and ‘Sex Dice’ at her flat in Redbridge Towers and had led to boys and girls going off into different rooms to commit sex acts, Southampton Crown Court heard. In a videotaped interview with a police officer conducted in front of his mother, one boy described how two girls and Winkworth lapdanced in front of him and his best friend when they only had their boxer shorts on. The girls were wearing pyjamas and Winkworth sat on the sofa wearing silky red underwear. He admitted he had got “a bit excited”. 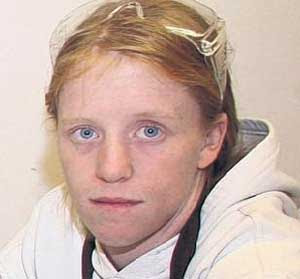 When police searched Winkworth’s flat, they discovered a Valentine’s card and two red thongs one of the boys had sent her, the court heard. They also found various items of underwear, a sex game and sex toys. Winkworth denies seven charges of causing or inciting a child to engage in sexual activity and one charge each of sexual activity with a child and one of indecent assault.

Mr Towler said after her arrest, Winkworth told the police she had danced in the “ordinary sense” in front of the children but was emphatic she had not lapdanced and she had never been involved in any sexual activity with them. If there had been any, she had been unaware of it. The case is proceeding.
Posted by arbroath at 9:16 am
Email ThisBlogThis!Share to TwitterShare to Facebook