Students at a university in eastern China have posted complaints on the internet about kissing patrols set up by the authorities.

The patrols at Nanjing Forestry University watch out for couples who are hugging, kissing or sitting too close to each other. 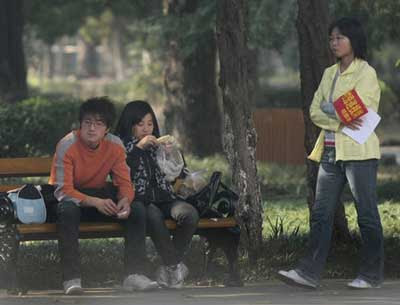 The university says the patrols will "clean up the atmosphere" on campus. 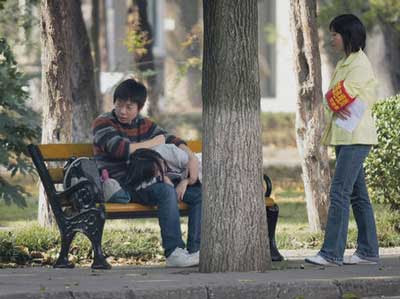 On the college's internet bulletin boards one woman describes how she and her boyfriend were sitting together when a patrol spotted them. The patrol member got behind them and kept coughing until they moved apart.

Others complain that the university authorities should spend their time managing the institution, not regulating young lovers, and speak of their shame at the publicity the crackdown has generated.
Posted by arbroath at 10:55 am
Email ThisBlogThis!Share to TwitterShare to Facebook