Classical music proves to be a bad behaviour deterrent

Bad behaviour at a Derby school has been halved – by playing classical music to unruly children. Brian Walker, head of West Park School, has seen the improvement in behaviour among his pupils since he introduced two-hour detentions, complete with Verdi and Mozart.

Mr Walker also "names and shames" disruptive teenagers on video screens in the school. And instead of handing out lines, pupils are forced to write out the poem Jerusalem, a favourite of Mr Walker's.

Four years ago, around 50 or 60 pupils at the Spondon school were losing lesson time to bad behaviour. Now that figure is nearer to a hard core of 20. 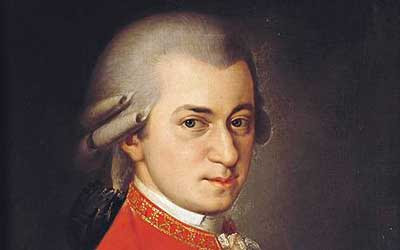 Mr Walker said of his "Bach to basics" detentions: "I try to pick music to suit the season such as oratorios at Easter, or even medieval plain-song near Christmas, and I can hear the groans as it starts but I always ensure the volume is high.

"Hopefully, I open their ears to an experience they don't normally have and it seems many of them don't want to have it again – so it's both educational and acts as a deterrent."

Pupils say they are not anxious to repeat the detention experience. One of them, Ryan, said: "Two hours for a school detention is a long time to sit in silence. You really don't want to go back there." Fellow pupil Kieran said: "Last year was a nightmare. An hour of Mr Walker's music is a real killer."
Posted by arbroath at 9:01 am
Email ThisBlogThis!Share to TwitterShare to Facebook