Britain's oldest calendar girls have a combined age of 887

A group of pensioners have become Britain's oldest calendar girls by baring all for a charity calendar – despite having a combined age of 887.

The twelve women, aged 64 to 86, have 26 children, 42 grandchildren and seven great-grandchildren between them and all live in the Greenbank sheltered housing complex in Horwich, Bolton, Greater Manchester. 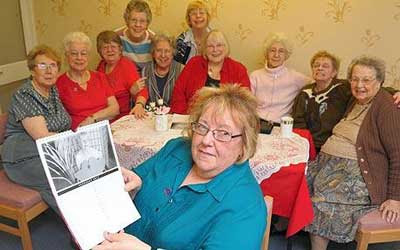 They posed while doing the laundry, gardening, baking and knitting, with just carefully placed props to hide their modesty. Their Golden Oldie Girls charity calendar has already sold 400 copies and raised £1,200 for Bolton Mountain Rescue charity.

Miss October Barbara Howell, 67, who lives at the complex with her husband Gerard, 52, said, "I think we did it to prove that we could do it and we've still got it at our age. We're definitely giving all the young girls a run for their money. 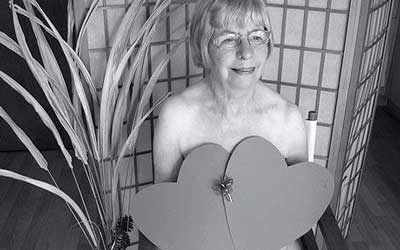 "The age of everyone involved is over 880 between us, so we've got plenty of life experience. We've got a really good bunch of girls here. We're not shy and everyone gets on well together. Why bother covering up at our age? We've seen it all and we've all got the same."

Copies of the fast selling out 'Greenbank Golden Oldies Girls' Calendars can be obtained directly from Barbara and Gerrald Howell, 4 Greenbank, Chorley New Road, Horwich, Bolton, BL6 6LA, telephone 01204 697401 at £6.00 a calendar.
Posted by arbroath at 9:03 am
Email ThisBlogThis!Share to TwitterShare to Facebook