Teacher suspended after pupils reported him for being late for school

A science teacher has been suspended after pupils reported him for repeatedly turning up to school late.

Jasbir Dhillon rushed into lessons up to an hour behind schedule on 21 occasions over the last two years.

Pupils complained about the 40-year-old’s lack of punctuality at Washwood Heath Technology College in Birmingham. 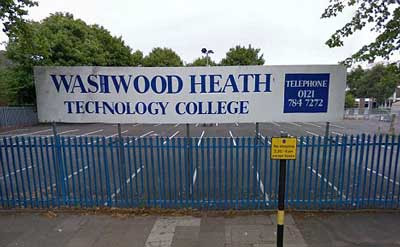 Mr Dhillon, a father-of-two, has now been suspended for three months after a disciplinary hearing found him guilty of misconduct.

The General Teaching Council ruled that Mr Dhillon’s behaviour had been unprofessional and risked damaging the academic success of his pupils.

Mr Dhillon will now be suspended for three months and forced onto a strict punctuality programme when he returns to work.
Posted by arbroath at 8:00 am
Email ThisBlogThis!Share to TwitterShare to Facebook

When I was going to college one of my instructors was continually late. When you're paying your own way through school without any kind of help and are always on time it's pretty infuriating when the instructor isn't. It's a complete waste of time and money.

People who are constantly late are manipulators, and they are guilty of wasting others' time.  They are one of my pet peeves.