A Salt Lake City man jailed for domestic violence, is accused of violating a protective order by sending letters to his estranged wife's cat, officials say.

The 32-year-old man, convicted in two domestic violence cases, sent the letters in May from jail to the cat, Molly, and to his wife's neighbour, addressing his wife in the second person. 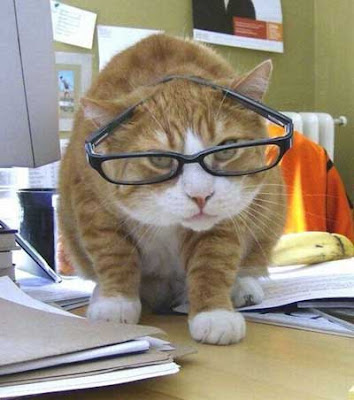 In the letters the man, whose name was not reported, asks his estranged wife, via cat and neighbour, not to testify against him in the upcoming domestic violence case which resulted in the protective order.

The man faces 11 counts of violation of a protective order and two counts of tampering with a witness, all third-degree felonies.
Posted by arbroath at 8:07 am
Email ThisBlogThis!Share to TwitterShare to Facebook