A Vietnamese war child adopted by a British family has sold all of her possessions including a £500,000 home and sports car – to fund an orphanage in her home country. Suzanne Hook, 42, was one of the first ‘air babies’ rescued during the Vietnam War after her desperate mother dumped her under a bush when she was born in 1969. She was adopted by a British family aged three and used her golden opportunity for a better life to become an extremely successful business woman. 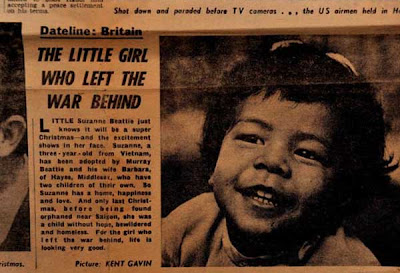 Suzanne, whose Vietnamese name is Thi Hien, has now sold her £500,000 home in Buckinghamshire, Mercedes sports car and collection of 300 shoes. She has also sold off all of her clothes and furniture to achieve her dream of setting up an orphanage for abandoned children in Vietnam. Suzanne, who is abandoning her English life to run the Allambie Orphanage, in Ho Chi Minh City, admitted her ”whole life is up for sale”. She said: ”I’m practically selling everything. My whole life is up for sale.

”I’ve had a comfortable adult life and now I’m giving it all up to live in Vietnam which will be the opposite. I’m leaving my friends and whole way of life to take on between eight and 10 children for the rest of my life. It is important to get a chance to better themselves. My life here has gone – it will be out in Vietnam with the children. I want to give them a future and educate them at a level to get them to university or a job and a home so they can stand on their own two feet. 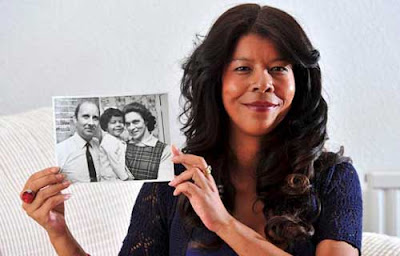 ”But also make them feel wanted, needed and loved. This is something I never felt when I was a child and it is important they have that.” Suzanne, who is the daughter of a Vietnamese woman and black American soldier, was born in the middle of the violent war which ravaged her home country. She was taken to an orphanage in 1969 and was suffering malnutrition and too weak to move when she was spotted by British nurses. The nurses paved the way for Suzanne to be one of first ‘air babies’ rescued from the war in 1972 with the promise of a better life.
Posted by arbroath at 8:00 am
Email ThisBlogThis!Share to TwitterShare to Facebook