A Hallowe'en radio advert for the adult clothing retailer Ann Summers has been banned by the broadcasting regulator. The advert, for a range of risqué costumes, has been blocked because regulators fear it might be heard by children. 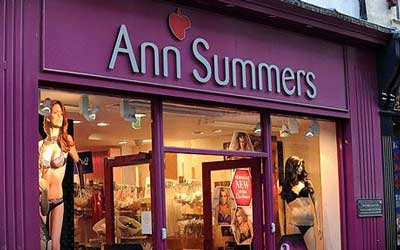 The commercial begins with the sound of screams which are soon after replaced by screams of sexual pleasure. A sultry voice-over can then be heard to say: "Tight. Short. Low-cut. Ann Summers dead sexy Halloween outfits with £5 off. In stores, online and at parties."


"We were happy to accept a watershed slot for the advert, however this was not accepted by the RACC. The response from the RACC has made us question – what is too sexy?" Ann Summers is now appealing the decision to ban the advert, citing other more risqué ads which have been met with approval.
Posted by arbroath at 8:03 am
Email ThisBlogThis!Share to TwitterShare to Facebook