A West Haven man thought to be high on drugs is accused of biting a police dog and punching a police officer in the face. The incident happened in the area of 72 Elm Street in West Haven on Thursday at around 2:30am. 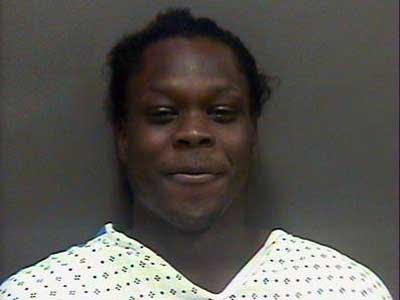 Police say Ofc. Scott Bloom was on patrol with his K-9 named Onyx when he spotted the suspect, Roderick Lewis, walking with his pants falling down. Lewis then removed his jacket and approached Ofc. Bloom and repeatedly yelled, "I need a bag of dust." Dust is street slang for angel dust or PCP.

That's when police say Lewis reached into his waistband. Ofc. Bloom grabbed his arm and Lewis told him, "You're not stronger than me" and punched the officer in his face. Onyx deployed himself from the police cruiser and tried to assist Ofc. Bloom. During the struggle Onyx yelped and Ofc. Bloom says he saw Lewis biting the dog on its right side.

Lewis was finally taken into custody and transported to Milford Hospital for treatment of his injuries and possible drug use. Ofc. Bloom and Onyx were also treated for minor injuries. Lewis has been charged with assault on a police officer, disorderly conduct and cruelty to animals.
Posted by arbroath at 8:06 am
Email ThisBlogThis!Share to TwitterShare to Facebook