Two Brazilian brothers were facing murder charges on Saturday after they confessed to burying their father alive. The brothers were arrested in the Maranhao city of Timon in Brazil’s northeastern region and a neighbour of the victim was also taken into custody for his alleged assistance in digging the grave for the grisly Dec. 29 burial.

Police chief Antonio Valente Filho said that the brothers, aged 18 and 21, claim they were driven to kill their father because he disapproved of their homosexuality and beat them constantly. 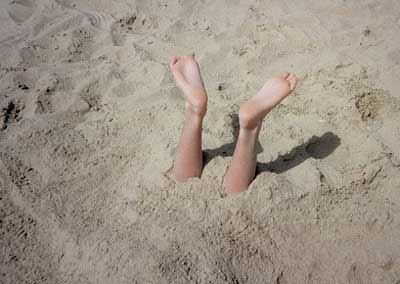 The unnamed brothers had apparently prepared a grave in their yard and then on the day of the crime, they gave their father an extra dose of his sleeping pills and buried him while he was still breathing.

“The doctor has confirmed to us that he died from asphyxiation. He was actually buried alive,” Valente Filho said. Police were suspicious of the brothers’ alleged motive and were investigating whether other intentions - possibly monetary ones - prompted the murder.
Posted by arbroath at 8:01 am
Email ThisBlogThis!Share to TwitterShare to Facebook