A furious family is suing property developers after they demolished every staircase in a seven-storey apartment block to make them quit their top floor flat. 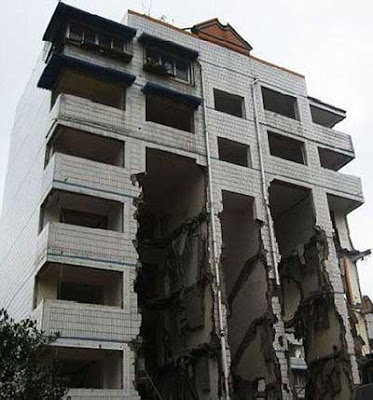 Mum Zhao Yanhong, 42, claims developers - who want to demolish the flats in Mianyang, south west China, to build a factory - hired thugs to force out other residents but she refused to budge.

"Then one day they turned up with machines and men and knocked out all the stairs to strand us here. They are just trying to bully us out of our home," said Yanhong. "The only way we can get out now is through ladders and climbing but it is very dangerous," she added. 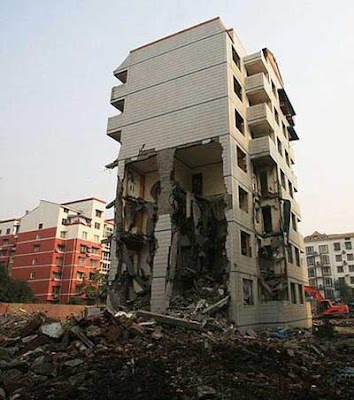 Developers from Mianyang Yachuan Property Company claim they own the property and have permission to demolish it but deny any wrong doing. Now judges have ordered them to suspend all work for six months while they investigate and restore one staircase for Yanhong's family.
Posted by arbroath at 8:01 am
Email ThisBlogThis!Share to TwitterShare to Facebook

Its China, life is cheap.

it's okay the can spare a few of them chinese folks

Unfortunately, this happens everyday in China. I am glad story like this finally made it across the Pacific.

Do you ever kill a fly or any bug? That's how much the price of life is in China.
What's legal in China is illegal everywhere around the globe. A good manner and good will is like crap to them = Its like a cow carrying a BBQ sauce.