Authorities in Florida said a homeless man sent to jail on Friday was found to be concealing 30 items in a condom hidden in his rectum. 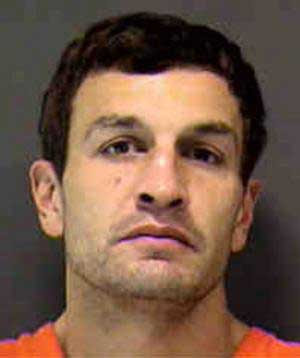 Officials said they removed the condom and it was found to contain 17 blue pills, a cigarette, six matches, one flint, an empty syringe with an eraser covering the needle, a lip balm container, an unused condom, a pharmacy receipt and a coupon.

The sheriff's office said Lansing, who is being held without bond, is facing charges of possessing a drug and a tobacco product in jail.
Posted by arbroath at 5:05 am
Email ThisBlogThis!Share to TwitterShare to Facebook

Was the coupon for Preparation H?

I have to say I had wondered what the coupon was for.