The St Therese’s year 1 student has been training five days a week for the past two years to reach the achievement. Ninjitsu combines the aspects of several martial arts into the one discipline. 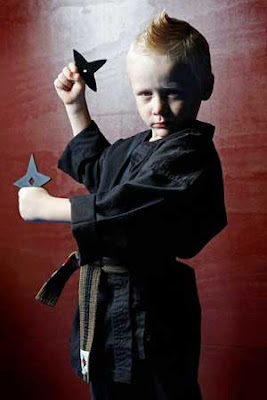 Kaleb said he especially enjoyed the weapons part of his ninja training. His sensei Ron Day, who is one of the highest ranked instructors in Australia, said he was impressed with the young ninja’s progress and his sense of discipline.
Posted by arbroath at 6:06 am
Email ThisBlogThis!Share to TwitterShare to Facebook