A bingo caller refused to stop a game despite a woman collapsing with a suspected heart attack, according to witnesses. Staff continued to call numbers as an ambulance was called to Gala Bingo in Freshfield Road, Brighton. Players shouted for the caller to end the game as the woman was being treated but said they were told it was “policy” to carry on.

Aaron Casey, 22, was playing with his mother Joanne Wheeler, 43, on Wednesday at about 7.30pm when the woman collapsed during the second game. The hairdresser said: “A customer shouted help but we thought she shouted house. 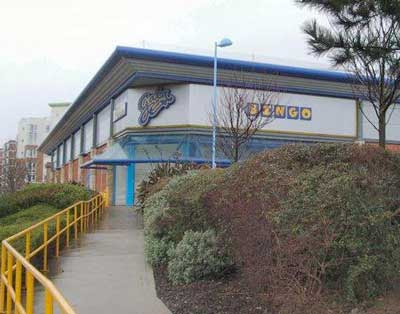 “Half the bingo hall was saying stop calling. There was a weak pulse and at one point one of the customers said she was dead. I will never go to Gala Bingo again. I am ashamed at how they treat their customers.” A South East Coast Ambulance Service spokesman confirmed paramedics were called to the bingo hall.

He said: “It was reported that a patient was unconscious and needed medical attention. She was taken to Royal Sussex County Hospital. However her condition is not known.” A spokesman for Coral, Gala Bingo’s parent company, said their “duty of care” was always with the customer. The company said they carried on so people did not try to crowd around the woman.
Posted by arbroath at 6:00 am
Email ThisBlogThis!Share to TwitterShare to Facebook