A woman has married her dead boyfriend at a ceremony in France - after getting permission from President Sarkozy. Karen Jumeaux, 22, made use of an obscure French law to wed fiance Anthony Maillot - almost two years after he was killed in a road accident.

She wrote to President Nicolas Sarkozy to ask permission for a posthumous wedding, which was granted because she could prove they were already planning to marry. The couple met in 2007 and had a baby boy in 2009, shortly before his death at the age of 20. 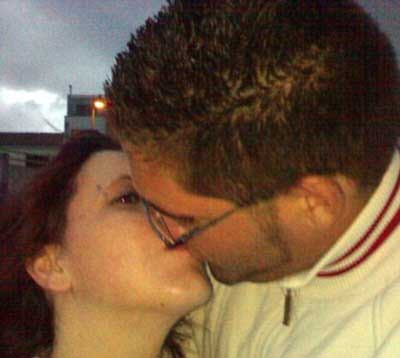 She married in a white dress and in the presence of family and friends at the town hall ceremony in Dizy-le-Gros, eastern France. She said afterwards: 'He was my first and only love and we were together for four years. We expected to bring up our son together. I never wanted to do it alone, but fate decided otherwise. Now I am his wife and I will always love him.'

A French legal expert said that if Madame Maillot ever met another man she wanted to marry, she would now need a divorce. He added: 'But this should be a fairly simply procedure because it will of course be uncontested.'
Posted by arbroath at 6:06 am
Email ThisBlogThis!Share to TwitterShare to Facebook