A man has claimed that his wife was raped by an 'invisible man'.

The man, in his 20s, said for the past month his wife would remove her clothing, touch her own body and moan while sleeping at night. 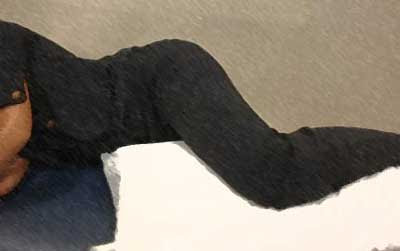 He sought help from a medium, who then told him that someone had used black magic to take away the wife's 'soul' and rape her.

The couple, from Bintulu, Sarawak, lodged a police report but the cops could not do anything to arrest the 'invisible man'
Posted by arbroath at 6:04 am
Email ThisBlogThis!Share to TwitterShare to Facebook

Ah, now it becomes CLEAR ! I wondered what my partner was doing all the time, always disturbing my sleep. I wonder who that invisible man really is ? He seems to do quite a good job !