Police arrested a Prescott Valley man after he allegedly robbed two men to pay a friend's bail. Police officers responded to an apartment in the 8800 block of Len Court on Sunday morning where witnesses said Brandon Marshall Abraham physically assaulted two men and threatened them for money and goods.

Abraham, 31, was upset that his friend was arrested earlier at the same apartment and wanted money and items to pawn to pay his friend's bail, according to Sgt. Brandon Bonney with the Prescott Valley Police Department. 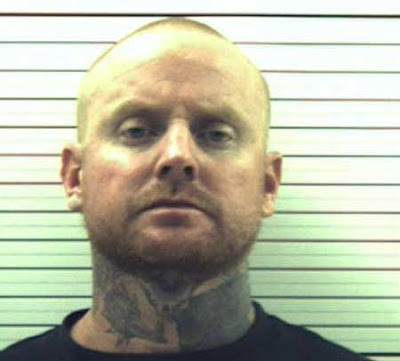 Abraham was booked into the Yavapai County Jail for one count of robbery, two counts of assault, three counts of disorderly conduct and one count of threatening and intimidating. Police discovered that Abraham is on parole.
Posted by arbroath at 6:05 am
Email ThisBlogThis!Share to TwitterShare to Facebook