The food at the local school in the little town of Östhammar, north of Uppsala, had recently not been up to standard. On Thursday, principal Rostgaard Evald had had enough of the substandard fare, finding himself in agreement with the students' complaints. When the food on the menu was deemed inedible, the school canteen staff was trying to solve the matter by heating up some already made pancakes for the body of students eagerly waiting to be fed. 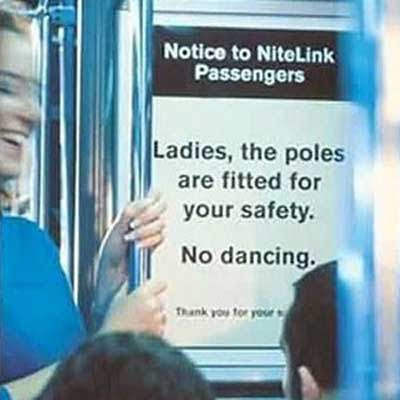 However, the pancakes were served still frozen in the middle and more complaints ensued. That’s when one of the canteen staff became fed up and decided to address the complaints with a rather unorthodox response. “The school’s social welfare officer tried to tell her this is not acceptable behaviour, but she just kept on dancing,” said Rostgaard Evald.

However, according to the school something good may yet come from what happened as the incident finally made the school administration see red, prompting promises that they will address the school’s lunch problems. “Today the matter took an extreme turn and it is obvious something has to be done,” principal Rostgaard Evald said.
Posted by arbroath at 6:00 am
Email ThisBlogThis!Share to TwitterShare to Facebook