Last week an American-registered 26-foot pleasure boat was located 20 nautical miles off the northern coast of Spain and towed to shore. It was with amazement that authorities discovered that it was the hull of the yacht Queen Bee, a North Carolina-built Regulator, which had 'ejected' its crew one stormy day three-and-a-half years earlier off the coast of Nantucket, Massachusetts, and set off for Europe. 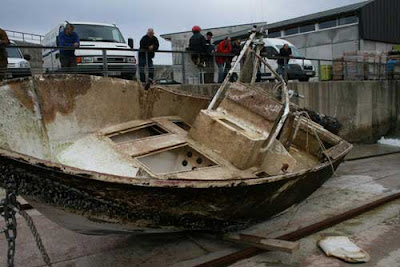 The U.S. Coast Guard received the report of the located flotsam from Maritime Rescue Coordination Center in Madrid on Jan. 24, 2012, and were able to link the vessel to a search and rescue case that occurred on Aug. 25, 2008, near Nantucket. During that case, the Coast Guard responded to reports of two men who had been ejected from the vessel Queen Bee while attempting to cross a bar in 6 to 8-foot sea conditions.

Both crew, Scott Douglas and Rich St Pierre, were able to swim to the nearby Esther Island and were provided first aid upon recovery. Their own survival was considered a miracle at the time. The men had located a rescue bag and then swam for two hours to reach the nearest shoreline. 'Three things popped out after we got hit,' said Douglas, the vessel owner and operator. 'Rich, me, and that bag. There were times when both of us didn't think we were going to make it,' he said, 'Everything had to go our way. It was a miracle.' 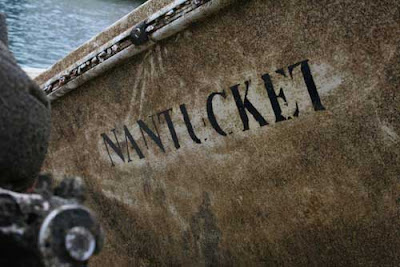 Due to the dangerous sea state, the vessel was left to drift once the men were rescued and nothing was seen of it again - until last week, when the second miracle surfaced, the Queen Bee, admittedly upside down but still floating after three-and-a-half years. 'The Queen Bee likely drifted into the Gulf Stream and then north to the North Atlantic Current,' said Art Allen with the Coast Guard's office of Search and Rescue. From there it would have headed east to Spain before being located 1,241 days later, after a 3,500 nautical mile trip.'

Not a miracle that the boat showed up in Europe.

"Currents!How do they work? You can't explain that!"

Lots of stuff from the western shores of the Atlantic turns up on the far shore. Now if it had turned up in Australia...