Woman, 25, asked for ID to buy teaspoons as they could be used as drug paraphernalia

A woman was asked to prove her age when buying a pack of teaspoons as a shop worker claimed they could be used as drug paraphernalia. Elinor Zuke, 25, was told by the self-service checkout at Sainsbury's that she needed age verification as she tried to buy a £1.19 pack of spoons. 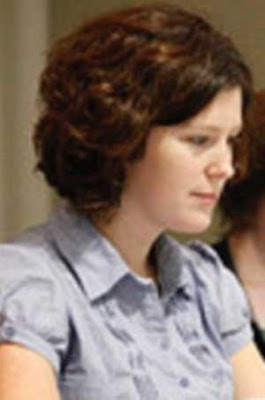 When Ms Zuke, a reporter on trade magazine The Grocer, asked why the purchase had to be verified, she was told that the six-pack of spoons 'could be used as drug paraphernalia.' A shop worker then intervened and said it was because of the risk they could be used for drugs - heroin users 'cook up' the drug in teaspoons.

Heroin, which comes in powder form, is put in the spoon with water and citric acid and heated with a lighter to rid it of any impurities. Ms Zuke said: 'I could not understand what the problem was when the supervisor said it was because they could be used as drug paraphernalia I was completely shocked. 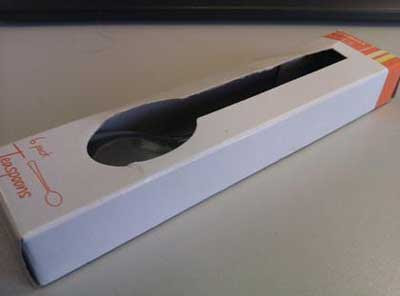 'I would imagine the vast majority of spoons sold by Sainsbury's are used for nothing more nefarious than stirring a cup of tea. Having to prove I was over 18 to buy them seemed total madness.' The supermarket giant apologised for the blunder at the store in West Green, Crawley, West Sussex, and blamed a fault in their system.
Posted by arbroath at 6:01 am
Email ThisBlogThis!Share to TwitterShare to Facebook

But... Using heroin is illegal even if you are over 18. Clearly, the shop shouldn't sell teaspoons to anyone.

Thank you Insolitus, for making my day brighter.

lol that's hilarious. really anything that's metal and recessed can be used for cooking heroin: The bottom os soda pop cans for instance. Also if you have more pure substance you don't even have to add citric acid and heat to cook it. You can just pour and stir. This can be done in anything that can hold water. Ash trays, the caps of water bottles, cups, the plastic cellophane from a pack of fags. Why not just put a ban or require ID for everything. You can't cook heroin without water, maybe we should regulate water as a controlled substance.

Sainsburys are a freaking parody of themselves, often 40+ adults are asked for ID on alcohol. You could be buying a nice bottle of single malt and you get asked for ID. I mean seriously, would an under 18 be spending £30+ on a bottle of whisky? Avoid the top four supermarkets, nobody enjoys them, they frustrate us all - it's a modern day convenience that needs to die. /rant

Regurgitating slow-news-day content from the Daily Mail, I'm sure you're very proud of yourself. Not only does this story fit neatly into the Alan Partridge "look at the state of this country" niche, but it also vilifies the UK's thousands-strong retail work force who have no choice but to do what their employers tell them to support their families. Seriously, well done...

What would people have said about paint, or sinus decongestants like Sudafed?

This strikes so close to home because of the national obsession with tea.

The idea that we come up with these inane regulations because a tiny fraction of a percent of people choose to do self-destructive things with the tools of life is ridiculous.

If the picture shown in the article is the right package, and I'm interpreting what I see correctly, she was trying to buy a package of PLASTIC spoons. To cook heroin, or anything else, in a spoon you need a METAL spoon - plastic spoons melt! This makes the whole incident even stupider than it seemed at first.

I had to show photo ID at the bank yesterday to get some cash out of my acct. The teller said people roll up $20 bills and snort coke through them, so she wasn't about to hand them out willy nilly.

@Islay Solomon - the criticism is aimed at the company, not the employee, you're as idiotic as they are!

Why does anyone care with someone else puts in his/her body?