A 17-year-old HIV-positive maid in Zimbabwe laced the porridge of her employers four-year-old child with menstrual blood. Cruelty that has earned her a ten-month prison sentence. Pelagia Mureya of Choto village in Chief Magonde`s area, Chinhoyi, left court attendants numb after she was found guilty of mixing her blood with the pre-school going child’s porridge.

Gutu magistrate Vhitorini Nyasha sentenced Pelagia Mureya to 12 months in prison for wilful transmission of HIV. Two months were suspended on condition the accused does not commit a similar offence in the next three years. A court attendant who listened to the ordeal vomited as she could not withstand the cruel ordeal. The court heard that on February 13 2012, the accused prepared porridge for the child who was going to crèche. 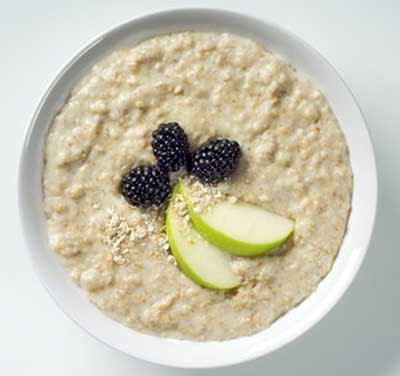 After preparing the porridge Pelagia then fed the child. As the child ate, the mother noticed a drop of blood in the porridge and ordered her child to stop eating. She asked the maid where the blood came from but she professed ignorance. The mother took the porridge, the victim and the accused to Gutu Rural Hospital where it was confirmed that the blood belonged to Pelagia and that she was HIV-positive. The hospital advised the mother to report the matter to the police, leading to Pelagia`s arrest.

In court Pelagia initially professed ignorance of the matter but she gave conflicting statements under cross examination. She was asked whether she had ever slept with a man in her life and she said she did not. When the court adjourned to verify the issue, Pelagia changed her statement and said she had slept with several men. She then told the court she suspected the blood could have dropped off from her pants into the porridge without her knowledge. The court did not believe her argument leading to conviction for wilfully mixing her blood with the victim`s porridge.
Posted by arbroath at 6:04 am
Email ThisBlogThis!Share to TwitterShare to Facebook

How repulsive. She only got ten months for this?

Doubtful it will cause infection of the child. The HIV virus is killed instantly upon exposure to visible light. In general, it only transmits with direct blood-to-blood contact, and in some rare cases within other bodily fluids. Still, the intent was there; kill her now and save everybody the trouble.

Take that piece of shit out, tie it to a lamp post, and stone it to death. Make a public example; See? This is what happens to poeple who... NEXT!

Cut it out with the revenge talk, y'all! There was zero risk of HIV transmission here. Visible light and temperature swings most likely killed any virus, and oral transmission is unlikely as the child has likely all his baby teeth and has not yet started cutting his adult teeth. No chance of fluid transfer.

This woman needs help. Sadly, I doubt she'll get it in Zimbabwe. Things aren't so stable there.

I don't agree with the girls methods, but I do understand her anger. She has no reasonable prospects for what is now going to be a short life. I concur with Bacop's statement above.

If that was your child WHAT WOULD YOU DO? kill the bitch.

Yes, it would be interesting how these 'do-gooders' would feel if it was their child, just think about it for a moment....