Man shot woman after confusing her haircut with a bird

Derrill Rockwell told police he grabbed his rifle, the .22-calibre he kept handy to kill rodents around the house, at about 5 a.m. on Oct. 5 and walked outside to confront it. The bird. Possibly, he told police, the same fowl he suspected of harassing his cats recently around his home near Orchard Mesa Cemetery. It was red, sitting at the top of a hill about 90 feet away from Rockwell. “His intent was to spook it away,” Deputy District Attorney Jason Conley told District Judge Richard Gurley on Friday.

Rockwell shot once but said he didn’t see the bird fly away. Soon after, he heard a woman’s voice, moaning in pain. Rockwell discovered a 23-year-old woman, with a large red mohawk, with a gunshot wound to the head. “In 15 years in law enforcement, this was one of the more interesting cases I’ve worked,” Grand Junction Police Department detective Sean Crocker told the judge Friday. Rockwell, 49, was sentenced to serve five years probation after pleading guilty to felony possession of a weapon by a prior offender. 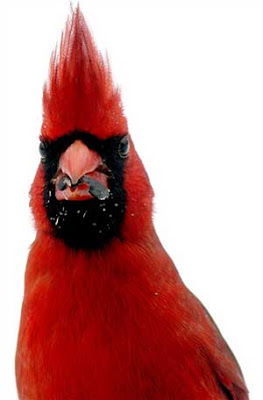 The District Attorney’s Office dismissed remaining charges, including tampering with evidence, reckless endangerment, disorderly conduct and false reporting. He was ordered to pay more than $10,000 in restitution. Rockwell initially misled the investigation, authorities said. Conley told the judge that Rockwell offered a wet towel for the woman’s head injury and drove her to the emergency room at St. Mary’s Hospital after the shooting, leaving his name and phone number with doctors. “She got out of the truck on her own accord,” Conley told the judge.

Rockwell told a nurse he heard noises outside his home, went outside and found a woman bleeding from the head. Conley said Rockwell later explained he went home, gathered the rifle and drove to the Redlands Roller Dam, where he tossed the weapon into the Colorado River. Six days after the shooting, Rockwell told another story to police detectives, acknowledging he fired the weapon after confusing the woman’s red mohawk hairstyle for a distant bird. Rockwell’s victim didn’t attend the hearing. Conley said she left Colorado after the shooting.
Posted by arbroath at 5:07 am
Email ThisBlogThis!Share to TwitterShare to Facebook

She should have worn a hoodie...oh, wait...that gets you killed, as well.

I write fiction. I couldn't make this shit up.

This would not have been a fabulous thing for the red headed mohawk to wake to; but this was excellent for my morning. Thanks so much.